A new project to manage some of the water bodies in Pembrey Country Park started this winter, working in partnership with Amphibian and Reptile Conservation (ARC). The park was surveyed first and it was a surprising that the park had so many ponds – 25 were identified in various stages of succession and a lot had fairly mature willow. 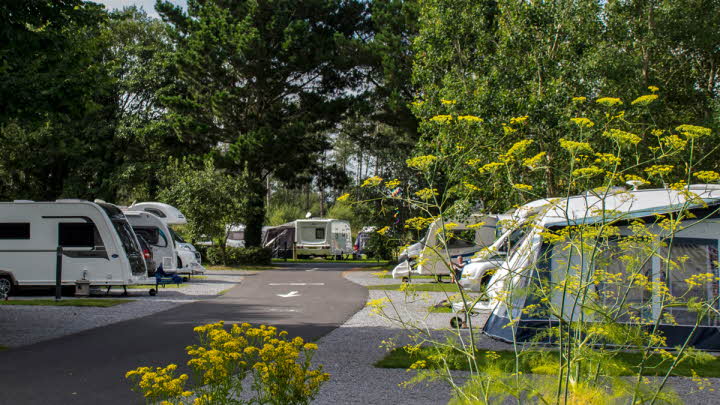 Some of the willow and other trees growing in the ponds were cut back and any large logs (apart from willow as it would regrow) were piled in the northern part of the ponds and covered in brash. An excavator then reshaped the ponds to create a shallow slope to the centre of the pond and some of the excavated material used to cover the brash. These ‘refugia’ will receive plenty of sunshine on the northern bank and be good for species such as grass snakes, frogs and even mice.

The north-western section of the park would have had some fairly extensive dune slack areas in the past (linear depressions close to sea level in coastal dune systems) as the water table lies close to the surface so whilst the dune slacks could not be recreated it was good to be able to reintroduce some standing water here.

Future management of the ponds will include keeping some of the ever resurgent willow at bay and making sure plenty of sunshine gets through for the reptiles and amphibians that will use the refugia to bask on. A total of five ponds have so far been cleared and re-profiled with refugia created.

ARC has been instrumental in the project, which formed part of their Reconnecting South Wales Dragons programme and they have provided invaluable information and assistance. One of the main aims of the project is to create a network of ponds for amphibians and reptiles and it is hoped that the network can be extended over the coming years.

The work was carried out by ARC, their volunteers, the Country Park’s Conservation Volunteers and Mencap volunteers. The contribution of volunteers has been really important and their hard work has meant that the ponds will be habitats for wildlife for years to come.